Ralph E. Johnson is a Research Associate Professor in the Department of Computer Science at the University of Illinois at Urbana-Champaign. He is a co-author of the influential computer science textbook Design Patterns: Elements of Reusable Object-Oriented Software, for which he won the 2010 ACM SIGSOFT Outstanding Research Award.Johnson was an early pioneer in the Smalltalk community and is a continued supporter of the language. He has held several executive roles at the ACM Object-Oriented Programming, Systems, Languages and Applications conference OOPSLA. He initiated the popular OOPSLA Design Fest workshop.
Read more or edit on Wikipedia 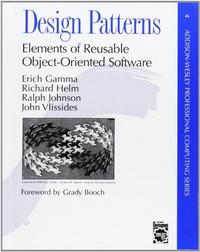