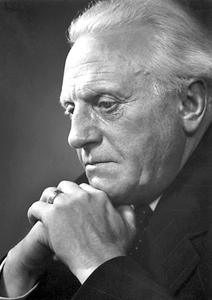 Pär Fabian Lagerkvist (23 May 1891 – 11 July 1974) was a Swedish author who received the 1951 Nobel Prize in Literature. Lagerkvist wrote poetry, plays, novels, short stories, and essays of considerable expressive power and influence from his early 20s to his late 70s. One of his central themes was the fundamental question of good and evil, which he examined through such figures as Barabbas, the man who was freed instead of Jesus, and Ahasuerus, the Wandering Jew. As a moralist, he used religious motifs and figures from the Christian tradition without following the doctrines of a church.
Read more or edit on Wikipedia