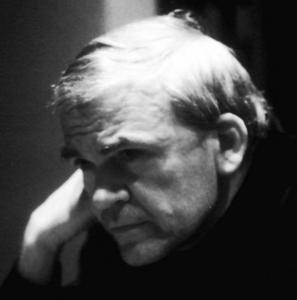 Milan Kundera (UK: , Czech: [ˈmɪlan ˈkundɛra] (listen); born 1 April 1929) is a Czech writer who went into exile in France in 1975, becoming a naturalised French citizen in 1981. Kundera's Czechoslovak citizenship was revoked in 1979; he received his Czech citizenship in 2019. He "sees himself as a French writer and insists his work should be studied as French literature and classified as such in book stores".Kundera's best-known work is The Unbearable Lightness of Being. Prior to the Velvet Revolution of 1989, the communist régime in Czechoslovakia banned his books. He leads a low-profile life and rarely speaks to the media. He was thought to be a contender for the Nobel Prize in Literature, and was also a nominee for other awards. He was awarded the 1985 Jerusalem Prize, in 1987 the Austrian State Prize for European Literature, and the 2000 Herder Prize. In 2021 he received the Golden Order of Merit from the president of Slovenia, Borut Pahor.
Read more or edit on Wikipedia