James Norman Hall (22 April 1887 – 5 July 1951) was an American writer best known for the Bounty Trilogy, three historical novels he wrote with Charles Nordhoff: Mutiny on the Bounty (1932), Men Against the Sea (1934) and Pitcairn's Island (1934). During World War I, Hall had the distinction of serving in the militaries of three Western allies: Great Britain as an infantryman, and then France and the United States as an aviator. His awards include the Croix de Guerre, the Médaille Militaire, the Légion d'Honneur and the Distinguished Service Cross. After the war, Hall spent much of his life on the island of Tahiti, where he and Nordhoff wrote a number of successful adventure books, many adapted for film.
Read more or edit on Wikipedia 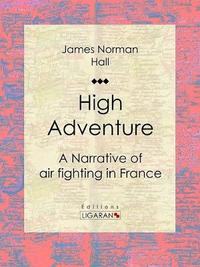