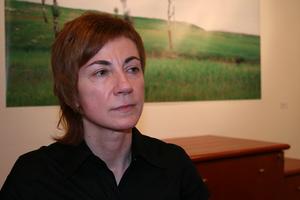 Suzana Tratnik is a Slovenian writer, translator, activist, and sociologist. She has published seven short-story collections, four novels, a play, a children’s picture book, two works of nonfiction, and an essay collection. Her books and short stories have been translated into more than twenty languages while Tratnik herself has translated several English books into Slovene, including works from authors such as Jackie Kay, Leslie Feinberg, Judith Butler, Adrienne Rich, Ian McEwan, and Truman Capote.In 2007 Tratnik was awarded the Prešeren Foundation Prize, one of Slovenia’s most prestigious literary awards. Her most recent work, Games with Greta and Other Stories, is forthcoming in translation from Dalkey Archive Press.
Read more or edit on Wikipedia