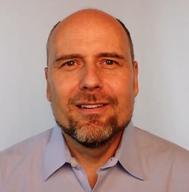 Stefan Basil Molyneux (; born September 24, 1966) is an Irish-born Canadian far-right white nationalist and white supremacist podcaster, blogger, author, political commentator, and banned YouTuber who promotes conspiracy theories, scientific racism, eugenics, men's rights, and racist views. He is the founder of the Freedomain Radio website. As of September 2020, Molyneux has been permanently banned or permanently suspended from PayPal, Mailchimp, YouTube, and SoundCloud, all for violating hate speech policies.Molyneux is described as a leading figure of the alt-right movement by Politico and The Washington Post, and as far-right by The New York Times. Tom Clements in The Independent describes Molyneux as "an alt-lite philosopher with a perverse fixation on race and IQ." Molyneux describes himself as a philosopher and an anarcho-capitalist. American libertarian philosopher David Gordon wrote of Molyneux's 2007 book Universally Preferable Behavior: A Rational Proof for Secular Ethics that, "Because of his facile intelligence, he thinks that he has a talent for philosophical argument and need not undertake the hard labor of learning how such arguments are constructed. Unfortunately for him and his book, he is mistaken." and "He fails, and fails miserably. His arguments are often preposterously bad."Multiple sources describe the Freedomain internet community as a cult, referring to the indoctrination techniques Molyneux has used as its leader.Molyneux previously worked in the software industry, wrote nine articles for libertarian Lew Rockwell's personal website, and made appearances on Press TV, InfoWars, and RT. Source: Wikipedia (en)