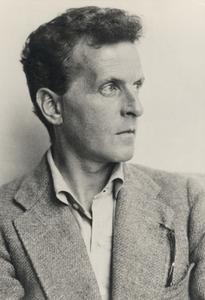 Ludwig Josef Johann Wittgenstein ( VIT-gən-s(h)tyne; German: [ˈluːtvɪç ˈjoːzɛf 'joːhan ˈvɪtɡn̩ʃtaɪn]; 26 April 1889 – 29 April 1951) was an Austrian-British philosopher who worked primarily in logic, the philosophy of mathematics, the philosophy of mind, and the philosophy of language. He is considered by some to be the greatest philosopher of the 20th century.From 1929 to 1947, Wittgenstein taught at the University of Cambridge. In spite of his position, during his entire life only one book of his philosophy was published, the 75-page Logisch-Philosophische Abhandlung (Logical-Philosophical Treatise) (1921), which appeared, together with an English translation, in 1922 under the Latin title Tractatus Logico-Philosophicus. His only other published works were an article, "Some Remarks on Logical Form" (1929); a book review; and a children's dictionary. His voluminous manuscripts were edited and published posthumously. The first and best-known of this posthumous series is the 1953 book Philosophical Investigations. A survey among American university and college teachers ranked the Investigations as the most important book of 20th-century philosophy, standing out as "the one crossover masterpiece in twentieth-century philosophy, appealing across diverse specializations and philosophical orientations".His philosophy is often divided into an early period, exemplified by the Tractatus, and a later period, articulated primarily in the Philosophical Investigations. The "early Wittgenstein" was concerned with the logical relationship between propositions and the world, and he believed that by providing an account of the logic underlying this relationship, he had solved all philosophical problems. The "later Wittgenstein", however, rejected many of the assumptions of the Tractatus, arguing that the meaning of words is best understood as their use within a given language game.Born in Vienna into one of Europe's richest families, he inherited a fortune from his father in 1913. Before World War I, he "made a very generous financial bequest to a group of poets and artists chosen by Ludwig von Ficker, the editor of Der Brenner, from artists in need. These included Georg Trakl as well as Rainer Maria Rilke and the architect Adolf Loos." Later, in a period of severe personal depression after World War I, he gave away his remaining fortune to his brothers and sisters. Three of his four older brothers died by separate acts of suicide. Wittgenstein left academia several times: serving as an officer on the front line during World War I, where he was decorated a number of times for his courage; teaching in schools in remote Austrian villages, where he encountered controversy for using sometimes violent corporal punishment on girls and a boy (the Haidbauer incident) especially during mathematics classes; working during World War II as a hospital porter in London, notably telling patients not to take the drugs they were prescribed; and working as a hospital laboratory technician at the Royal Victoria Infirmary in Newcastle upon Tyne. In the words of a friend and literary executor, Georg Henrik von Wright, he believed that — His ideas were generally misunderstood and distorted even by those who professed to be his disciples. He doubted he would be better understood in the future. He once said he felt as though he was writing for people who would think in a different way, breathe a different air of life, from that of present-day men.
Read more or edit on Wikipedia