Bob Hope KBE, KC*SG, KSS (born Leslie Townes Hope; May 29, 1903 – July 27, 2003) was a British-American stand-up comedian, vaudevillian, actor, singer, dancer, athlete, and author. With a career that spanned nearly 80 years, Hope appeared in more than 70 short and feature films, with 54 feature films with Hope as star, including a series of seven "Road" musical comedy movies with Bing Crosby as Hope's top-billed partner. In addition to hosting the Academy Awards show 19 times, more than any other host, he appeared in many stage productions and television roles, and was the author of 14 books. The song "Thanks for the Memory" was his signature tune. Hope was born in the Eltham district of southeast London, UK, arrived in the United States of America with his family at the age of four, and grew up in the Cleveland, Ohio, area. After a brief career as a boxer in the late 1910s, he began his career in show business in the early 1920s, initially as a comedian and dancer on the vaudeville circuit, before acting on Broadway. Hope began appearing on radio and in films starting in 1934. He was praised for his comedic timing, specializing in one-liners and rapid-fire delivery of jokes which often were self-deprecating. He helped establish modern American stand-up comedy.Celebrated for his long career performing in United Service Organizations (USO) shows to entertain active duty American military personnel, making 57 tours for the USO between 1941 and 1991, Hope was declared an honorary veteran of the U.S. Armed Forces in 1997 by an act of the United States Congress. He appeared in numerous specials for NBC television starting in 1950, and was one of the first users of cue cards. Hope participated in the sports of golf and boxing and owned a small stake in his hometown baseball team, the Cleveland Indians. Hope retired in 1997, and died at the age of 100 in 2003, at his home in the Toluca Lake neighborhood of Los Angeles.
Read more or edit on Wikipedia

Bob Hope's Confessions of a Hooker: My Lifelong Love Affair With Golf

Fun Fare; a Treasury of Reader's Digest Wit and Humor 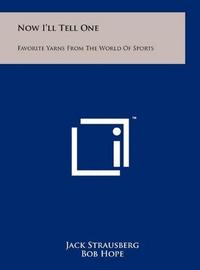 Now I'll Tell One: Favorite Yarns from the World of Sports 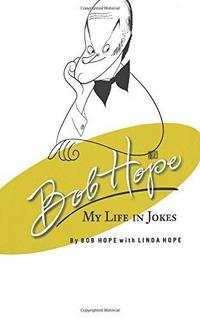