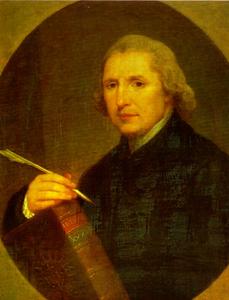 Lorenzo Hervás y Panduro was a Spanish Jesuit and famous philologist; born at Horcajo, 1 May 1735; died at Rome, 24 August 1809. He is one of the most important authors, together with Juan Andrés, Antonio Eximeno or Celestino Mutis, of the Spanish Universalist School of the 18th century.
Read more or edit on Wikipedia