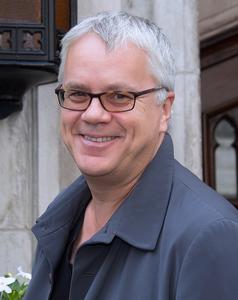 Timothy Francis Robbins (born October 16, 1958) is an American actor, screenwriter, director, producer, and musician. He is perhaps best known for his portrayal of Andy Dufresne in the popular prison drama film The Shawshank Redemption (1994). His other roles include starring as Norville Barnes in The Hudsucker Proxy (1994), Nuke LaLoosh in Bull Durham (1988), Jacob Singer in Jacob's Ladder (1990), Griffin Mill in The Player (1992), and Dave Boyle in Mystic River (2003), for which he won an Academy Award for Best Supporting Actor. He also directed the films Bob Roberts (1992) and Dead Man Walking (1995), both of which were well received. He received an Academy Award nomination for Best Director for Dead Man Walking. For television, he played Secretary of State Walter Larson in the HBO comedy The Brink (2015), and in Here and Now (2018) portrayed Greg Boatwright.
Read more or edit on Wikipedia