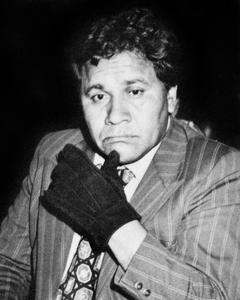 Oscar "Zeta" Acosta Fierro (; April 8, 1935 – disappeared 1974) was a Mexican-American attorney, politician, novelist and activist in the Chicano Movement. He was most well known for his novels Autobiography of a Brown Buffalo (1972) and The Revolt of the Cockroach People (1973), and for his friendship with American author Hunter S. Thompson. Thompson characterized him as a heavyweight Samoan attorney, Dr. Gonzo, in his 1971 novel Fear and Loathing in Las Vegas. Acosta disappeared in 1974 during a trip in Mexico and is presumed dead.
Read more or edit on Wikipedia