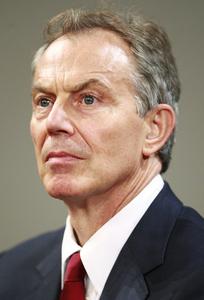 Anthony Charles Lynton Blair (born 6 May 1953) is a British politician who served as Prime Minister of the United Kingdom from 1997 to 2007 and Leader of the Labour Party from 1994 to 2007. On his resignation he was appointed Special Envoy of the Quartet on the Middle East, a diplomatic post which he held until 2015. He currently serves as the executive chairman of the Tony Blair Institute for Global Change, established in 2016. As prime minister, many of his policies reflected a centrist "Third Way" political philosophy. He is the only living former Labour leader to have led the party to a general election victory and one of only two in history, the other being Harold Wilson, to form three majority governments. Blair was born in Edinburgh; his father, Leo, was a barrister and academic. After attending the independent school Fettes College, he studied law at St John's College, Oxford, and became a barrister. He became involved in Labour politics and was elected Member of Parliament for Sedgefield in 1983. He supported moving the party to the centre of British politics in an attempt to help it win power (it had been out of government since 1979). He was appointed to the party's frontbench in 1988 and became shadow home secretary in 1992. He became the leader of the opposition on his election as Labour Party leader in 1994, following the sudden death of his predecessor, John Smith. Under Blair, the party used the phrase "New Labour" to distance itself from previous Labour politics and the traditional idea of socialism. Despite opposition from Labour's left-wing, he abolished Clause IV, the party's formal commitment to the nationalisation of the economy, weakened trade union influence in the party, and committed to the free market and the European Union. In 1997, the Labour Party won its largest landslide general election victory in its history. Blair became the country's youngest leader since 1812 and remains the party's longest-serving occupant of the office. Labour won two more general elections under his leadership—in 2001, in which it won another landslide victory (albeit with the lowest turnout since 1918), and in 2005, with a greatly reduced majority. He resigned as prime minister and Labour Party leader in 2007 and was succeeded by Gordon Brown, who had been his chancellor of the exchequer since 1997. The fraught relationship between Blair and Brown has been the subject of much controversy and speculation since 1994. Blair's governments enacted constitutional reforms, removing most hereditary peers from the House of Lords, while also establishing the UK's Supreme Court and reforming the office of Lord Chancellor (thereby separating judicial powers from the legislative and executive branches). His government held referenda in which Scottish and Welsh electorates voted in favour of devolved administration, paving the way for the establishment of the Scottish Parliament and Welsh Assembly (today the Welsh Parliament) in 1999. He was also involved in negotiating the Good Friday Agreement. His time in office occurred during a period of continued economic growth, but this became increasingly dependent on mounting debt. In 1997, his government gave the Bank of England powers to set interest rates autonomously, and he later oversaw a large increase in public spending, especially in healthcare and education. He championed multiculturalism and, between 1997 and 2007, immigration rose considerably, especially after his government welcomed immigration from the new EU member states in 2004. This provided a cheap and flexible labour supply but also fuelled Euroscepticism, especially among some of his party's core voters. His other social policies were generally progressive; he introduced the National Minimum Wage Act 1998, the Human Rights Act 1998 and the Freedom of Information Act 2000, and in 2004 allowed gay couples to enter into civil partnerships. However, he declared himself "tough on crime, tough on the causes of crime" and oversaw increasing incarceration rates and new anti-social behaviour legislation, despite contradictory evidence about the change in crime rates. Blair oversaw British interventions in Kosovo (1999) and Sierra Leone (2000), which were generally perceived as successful. During the War on Terror, he supported the foreign policy of the George W. Bush administration and ensured that the British Armed Forces participated in the War in Afghanistan from 2001 and, more controversially, the 2003 invasion of Iraq. Blair argued that the Saddam Hussein regime possessed an active weapons of mass destruction (WMD) program, but no stockpiles of WMDs or an active WMD program were ever found in Iraq. The Iraq War became increasingly unpopular among the British public, and he was criticised by opponents and (in 2016) the Iraq Inquiry for waging an unjustified and unnecessary invasion. He was in office when the 7/7 bombings took place (2005) and introduced a range of anti-terror legislation. His legacy remains controversial, not least because of the Afghanistan and Iraq wars. Despite his electoral successes and reforms, he has also been criticised for his relationship with the media, centralisation of executive powers, and aspects of his social and economic policies.
Read more or edit on Wikipedia 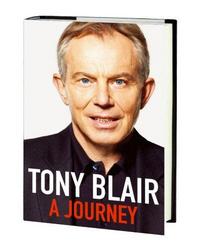 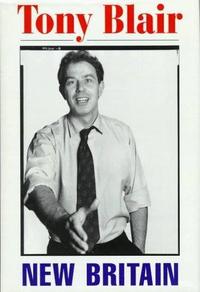 What price a safe society?