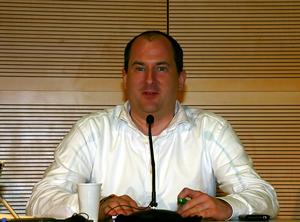 German hacker and former spokesman of the Chaos Computer Club

Andy Müller-Maguhn (born 3 October 1971) is a member of the German hacker association Chaos Computer Club (CCC). Having been a member since 1986, he was appointed as a spokesman for the club in 1990, and later served on its board until 2012. In an election in Autumn 2000, he was voted in as an at-large director of ICANN, which made him jointly responsible with 18 other directors for the worldwide development of guidelines and the decision of structural questions for the Internet structure. His term lasted two years, and from June 2002 to June 2004, he operated as an honorary board member of the European Digital Rights Institution (EDRi), an umbrella organization for European NGOs which campaigns for human rights in the digital age.In 1995, Müller-Maguhn founded the "Datenreisebüro" ('Data Travel Agency'), since 2002 based in a Berlin office. Besides organising the Chaos Computer Club and hosting an electronic archive, the Datenreisebüro organises workshops which train system administrators in data protection and data security. Workshops are also held in order to create policies and structures which make data protection easier to achieve. Müller-Maguhn has also helped at several of Hackers on Planet Earth conferences. In 2005 and 2006, Müller-Maguhn was involved on the side of the parents of the deceased hacker Boris Floricic, better known as Tron, in the case where they sought to prevent German Wikipedia from disclosing his true name, although the name had appeared in many press accounts by that point in time.In 2011, Müller-Maguhn was criticized for his role in the CCC board's controversial decision to expel former WikiLeaks spokesman Daniel Domscheit-Berg, which was often attributed to Müller-Maguhn's close relation to Wikileaks founder Julian Assange and an ongoing conflict between Assange and Domscheit-Berg. At an extraordinary general meeting in February 2012, this decision was reverted, while Müller-Maguhn was not reelected to the board.He appeared with Julian Assange on Episode 8 and 9 of The World Tomorrow, "Cypherpunks: 1/2".He is a contributor to Julian Assange's 2012 book Cypherpunks: Freedom and the Future of the Internet along with Jacob Appelbaum and Jérémie Zimmermann.
Read more or edit on Wikipedia 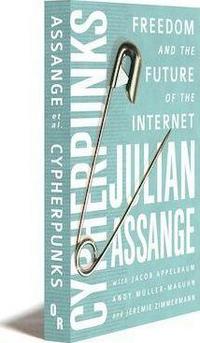 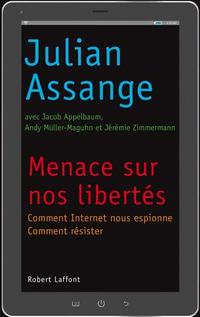