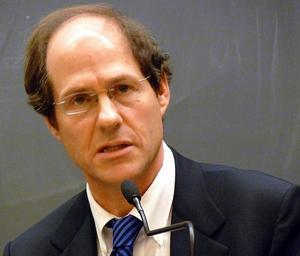 Cass Robert Sunstein (born 21 September 1954) is an American legal scholar known for his studies of constitutional law, administrative law, environmental law, and law and behavioral economics. He is also The New York Times best-selling author of The World According to Star Wars (2016) and Nudge (2008). He was the Administrator of the White House Office of Information and Regulatory Affairs in the Obama administration from 2009 to 2012. As a professor at the University of Chicago Law School for 27 years, he wrote influential works on regulatory and constitutional law, among other topics. Since leaving the White House, Sunstein has been the Robert Walmsley University Professor at Harvard Law School. In 2014, studies of legal publications found Sunstein to be the most frequently cited American legal scholar by a wide margin.
Read more or edit on Wikipedia