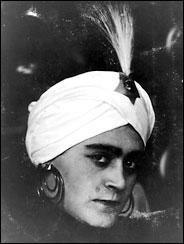 Lev Nussimbaum (October 17, 1905 – August 27, 1942), who wrote under the pen names Essad Bey and Kurban Said, was a writer and journalist, born in Kyiv to a Jewish family. He lived there and in Baku during his childhood before fleeing the Bolsheviks in 1920 at the age of 14. In 1922, while living in Germany, he obtained a certificate claiming that he had converted to Islam in the presence of the imam of the Turkish embassy in Berlin. He created a niche for himself in the competitive European literary world by writing about topics that Westerners, in general, knew little about - the Caucasus, the Russian Empire, the Bolshevik Revolution, newly discovered oil, and Islam. He wrote under the name of Essad Bey in German. Historians and literary critics who knew these subjects well discredited Essad Bey as a reliable source. Today, historians disregard books published under this name and rarely quote him, though the topics Essad Bey chose to write about are still critically relevant. The fact that Essad Bey was so prolific calls into question the authorship of these books and whether Essad Bey was primarily operating as a broker and doctoring manuscripts and marketing them under his pseudonym, which had become famous. In 1934, his agent Werner Schendell warned him to slow down and take a year off between books so that he would not appear to be so prolific. That year no books were published in German - only two novellas in Polish.
Read more or edit on Wikipedia 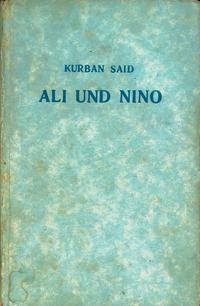 Blood and Oil in the Orient