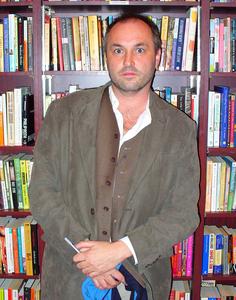 Colum McCann is an Irish writer of literary fiction. He was born in Dublin, Ireland, and now lives in New York. He is a Distinguished Professor of Creative Writing in the Master of Fine Arts program at Hunter College, New York, and has visited many universities and colleges all over the world. McCann's work has been published in 35 languages, and has appeared in The New York Times, New Yorker, Esquire, Paris Review, The Atlantic Monthly, Granta, as well as other international publications. McCann is the author of seven novels, including TransAtlantic (2013) and the National Book Award-winning Let the Great World Spin (2009). He has also written three collections of short stories, including Thirteen Ways of Looking, released in October 2015.
Read more or edit on Wikipedia