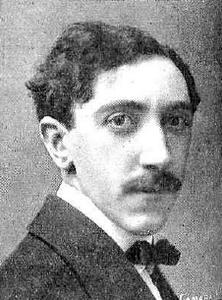 Jesús Guridi Bidaola (25 September 1886 – 7 April 1961) was a Spanish Basque composer who was a key player in 20th-century Spanish and Basque music. His style fits into the late Romantic idiom, directly inherited from Wagner, and with a strong influence from Basque culture. Among his best-known works are the zarzuela El Caserío, the opera Amaya, the orchestral work Ten Basque Melodies and his organ works, where the Triptych of the Good Shepherd can be highlighted.
Read more or edit on Wikipedia