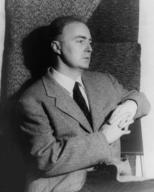 James Otis Purdy (July 17, 1914 – March 13, 2009) was an American novelist, short-story writer, poet, and playwright who, from his debut in 1956, published over a dozen novels, and many collections of poetry, short stories, and plays. His work has been translated into more than 30 languages and in 2013 his short stories were collected in The Complete Short Stories of James Purdy. He has been praised by writers as diverse as Edward Albee, James M. Cain, Lillian Hellman, Francis King, Marianne Moore, Dorothy Parker, Dame Edith Sitwell, Terry Southern, Gore Vidal (who described Purdy as "an authentic American genius"), Jonathan Franzen (who called him, in Farther Away, "one of the most undervalued and underread writers in America"), A.N. Wilson, and both Jane Bowles and Paul Bowles. Purdy was the recipient of the Morton Dauwen Zabel Fiction Award from the American Academy of Arts and Letters (1993) and was nominated for the 1985 PEN/Faulkner Award for his novel On Glory's Course (1984). In addition, he won two Guggenheim Fellowships (1958 and 1962), and grants from the Ford Foundation (1961), and Rockefeller Foundation. He worked as an interpreter, and lectured in Europe with the United States Information Agency. Source: Wikipedia (en)