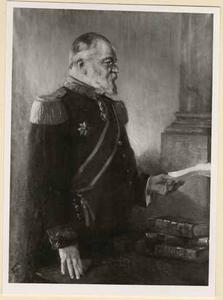 Karl Theodor von Heigel (23 August 1842 in Munich – 23 March 1915 in Munich) was a German historian. He was the brother of novelist Karl August von Heigel. He studied history at the University of Munich, obtaining his habilitation for history in 1873. In 1879 he became an associate professor, and several years later, a full professor at the Polytechnic Institute in Munich. In 1885 he was appointed professor and director of the historical seminary at the university.In 1876 he became a member of the Bavarian Academy of Sciences. With Hermann von Grauert, he was editor of the Historische Abhandlungen (from 1891).
Read more or edit on Wikipedia