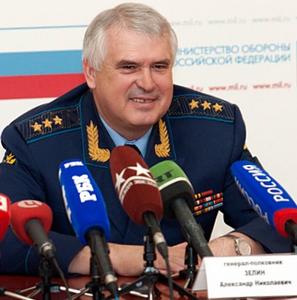 Alexander Nikolayevich Zelin (Russian: Александр Николаевич Зелин; born 6 May 1953) served as Commander-in-Chief of the Russian Air Force from 9 May 2007 until 27 April 2012. Zelin holds the Air Force rank of colonel-general. Since May 2012 Zelin has been an adviser to the Russian Defence Minister.
Read more or edit on Wikipedia