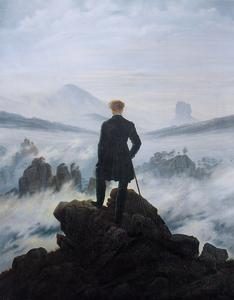 period of artistic, literary, and intellectual movement that started in 18th century Europe

Romanticism (also known as the Romantic movement or Romantic era) was an artistic, literary, musical, and intellectual movement that originated in Europe towards the end of the 18th century, and in most areas was at its peak in the approximate period from 1800 to 1850. Romanticism was characterized by its emphasis on emotion and individualism, idealization of nature, suspicion of science and industrialization, and glorification of the past with a strong preference for the medieval rather than the classical. It was partly a reaction to the Industrial Revolution, the social and political norms of the Age of Enlightenment, and the scientific rationalization of nature—all components of modernity. It was embodied most strongly in the visual arts, music, and literature, but had a major impact on historiography, education, chess, social sciences, and the natural sciences. It had a significant and complex effect on politics, with romantic thinkers influencing conservatism, liberalism, radicalism, and nationalism.The movement emphasized intense emotion as an authentic source of aesthetic experience, placing new emphasis on such emotions as fear, horror and terror, and awe — especially that experienced in confronting the new aesthetic categories of the sublime and beauty of nature. It elevated folk art and ancient custom to something noble, but also spontaneity as a desirable characteristic (as in the musical impromptu). In contrast to the Rationalism and Classicism of the Enlightenment, Romanticism revived medievalism and elements of art and narrative perceived as authentically medieval in an attempt to escape population growth, early urban sprawl, and industrialism. Although the movement was rooted in the German Sturm und Drang movement, which preferred intuition and emotion to the rationalism of the Enlightenment, the events and ideologies of the French Revolution were also proximate factors since many of the early Romantics were cultural revolutionaries and sympathetic to the revolution. Romanticism assigned a high value to the achievements of "heroic" individualists and artists, whose examples, it maintained, would raise the quality of society. It also promoted the individual imagination as a critical authority allowed of freedom from classical notions of form in art. There was a strong recourse to historical and natural inevitability, a Zeitgeist, in the representation of its ideas. In the second half of the 19th century, Realism was offered as a polar opposite to Romanticism. The decline of Romanticism during this time was associated with multiple processes, including social and political changes.
Read more or edit on Wikipedia