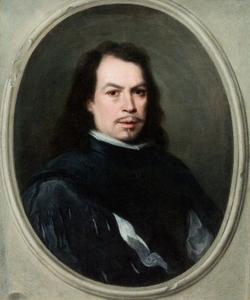 period of flourishing in arts and literature in Spain

The Spanish Golden Age (Spanish: Siglo de Oro [ˈsiɣlo ðe ˈoɾo], "Golden Century") is a period of flourishing in arts and literature in Spain, coinciding with the political rise of the Spanish Empire under the Catholic Monarchs of Spain and the Spanish Habsburgs. The greatest patron of Spanish art and culture during this period was King Philip II (1556–1598), whose royal palace, El Escorial, invited the attention of some of Europe's greatest architects and painters such as El Greco, who infused Spanish art with foreign styles and helped create a uniquely Spanish style of painting. Spanish literature blossomed as well, most famously demonstrated in the work of Miguel de Cervantes, the author of Don Quixote de la Mancha. Spain's most prolific playwright, Lope de Vega, wrote possibly one thousand plays during his lifetime, of which over four hundred survive to the present day. Diego Velázquez, regarded as one of the most influential painters of European history and a greatly respected artist in his own time, was patronized by King Philip IV and his chief minister, the Count-Duke of Olivares. The legacy of Diego Velázquez includes several portraits that demonstrate his style and skill. Some of Spain's greatest music is regarded as having been written in the period. Such composers as Tomás Luis de Victoria, Cristóbal de Morales, Francisco Guerrero, Luis de Milán and Alonso Lobo helped to shape Renaissance music and the styles of counterpoint and polychoral music, and their influence lasted far into the Baroque period which resulted in a revolution of music.
Read more or edit on Wikipedia