Halakha (; Hebrew: הֲלָכָה‎, Sephardic: [halaˈχa]; also transliterated as halacha, halakhah, halachah, or halocho) (Ashkenazic: [haˈloχo]) is the collective body of Jewish religious laws derived from the written and Oral Torah. Halakha is based on biblical commandments (mitzvot), subsequent Talmudic and rabbinic law, and the customs and traditions compiled in the many books such as the Shulchan Aruch. Halakha is often translated as "Jewish law", although a more literal translation might be "the way to behave" or "the way of walking". The word derives from the root that means "to behave" (also "to go" or "to walk"). Halakha guides not only religious practices and beliefs, but also numerous aspects of day-to-day life.Historically, in the Jewish diaspora, halakha served many Jewish communities as an enforceable avenue of law – both civil and religious, since no differentiation exists in classical Judaism. Since the Jewish Enlightenment (Haskalah) and Jewish emancipation, some have come to view the halakha as less binding in day-to-day life, as it relies on rabbinic interpretation, as opposed to the authoritative, canonical text recorded in the Hebrew Bible. Under contemporary Israeli law, certain areas of Israeli family and personal status law are under the authority of the rabbinic courts, so are treated according to halakha. Some differences in halakha are found among Ashkenazi Jews, Mizrahi Jews, Sephardi Jews, Yemenite, Ethiopian and other Jewish communities which historically lived in isolation.
Read more or edit on Wikipedia 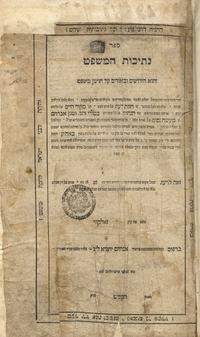