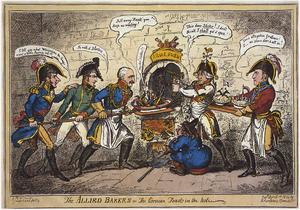 Satire is a genre of the visual, literary, and performing arts, usually in the form of fiction and less frequently non-fiction, in which vices, follies, abuses, and shortcomings are held up to ridicule, often with the intent of shaming or exposing the perceived flaws of individuals, corporations, government, or society itself into improvement. Although satire is usually meant to be humorous, its greater purpose is often constructive social criticism, using wit to draw attention to both particular and wider issues in society. A feature of satire is strong irony or sarcasm —"in satire, irony is militant", according to literary critic Northrop Frye— but parody, burlesque, exaggeration, juxtaposition, comparison, analogy, and double entendre are all frequently used in satirical speech and writing. This "militant" irony or sarcasm often professes to approve of (or at least accept as natural) the very things the satirist wishes to question. Satire is found in many artistic forms of expression, including internet memes, literature, plays, commentary, music, film and television shows, and media such as lyrics.
Read more or edit on Wikipedia