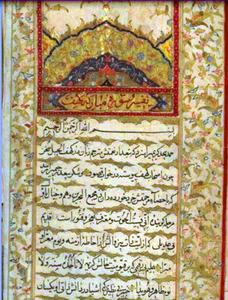 exegesis of the Qur'an

Tafsir (Arabic: تفسير‎, romanized: tafsīr [taf.ˈsiːr]) refers to exegesis, usually of the Quran. An author of a tafsir is a mufassir (Arabic: مُفسّر‎; plural: Arabic: مفسّرون‎, romanized: mufassirūn). A Quranic tafsir attempts to provide elucidation, explanation, interpretation, context or commentary for clear understanding and conviction of God's will.Principally, a tafsir deals with the issues of linguistics, jurisprudence, and theology. In terms of perspective and approach, tafsir can be broadly divided into two categories, namely tafsir bi-al-ma'thur (lit. received tafsir), which is transmitted from the early days of Islam through the Islamic prophet Muhammad and his companions, and tafsir bi-al-ra'y (lit. tafsir by opinion), which is arrived through personal reflection or independent rational thinking.There are different characteristics and traditions for each of the tafsirs representing respective schools and doctrines, such as Sunni Islam, Shia Islam, and Sufism. There are also general distinctions between classic tafsirs compiled by authoritative figures of Muslim scholarship during the formative ages of Islam, and modern tafsir which seeks to address a wider audience, including the common people.
Read more or edit on Wikipedia