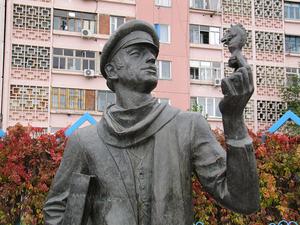 type of literature, usually involves a lower-class young protagonist, on his own, often making a journey

The picaresque novel (Spanish: picaresca, from pícaro, for "rogue" or "rascal") is a genre of prose fiction. It depicts the adventures of a roguish, but "appealing hero", usually of low social class, who lives by his wits in a corrupt society. Picaresque novels typically adopt a realistic style. There are often some elements of comedy and satire. While the term "picaresque novel" was only coined in 1810, the picaresque novel originated in Spain during the Spanish Golden Age in 1554. Early contributors included Mateo Alemán and Francisco de Quevedo and flourished throughout Europe for more than 200 years. It continues to influence modern literature.
Read more or edit on Wikipedia