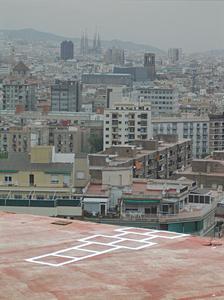 Black comedy, also known as black humor, dark humor, dark comedy, morbid humor, or gallows humor, is a style of comedy that makes light of subject matter that is generally considered taboo, particularly subjects that are normally considered serious or painful to discuss. Writers and comedians often use it as a tool for exploring vulgar issues by provoking discomfort, serious thought, and amusement for their audience. Thus, in fiction, for example, the term black comedy can also refer to a genre in which dark humor is a core component. Popular themes of the genre include death, crime, poverty, suicide, war, violence, terrorism, discrimination, disease, racism, sexism, and human sexuality. Black comedy differs from both blue comedy—which focuses more on crude topics such as nudity, sex, and bodily fluids—and from straightforward obscenity. Whereas the term black comedy is a relatively broad term covering humor relating to many serious subjects, gallows humor tends to be used more specifically in relation to death, or situations that are reminiscent of dying. Black humor can occasionally be related to the grotesque genre. Literary critics have associated black comedy and black humor with authors as early as the ancient Greeks with Aristophanes.
Read more or edit on Wikipedia