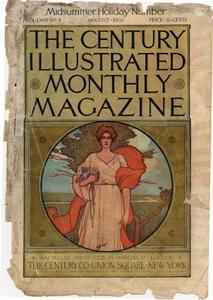 The Century Magazine was an illustrated monthly magazine first published in the United States in 1881 by The Century Company of New York City, which had been bought in that year by Roswell Smith and renamed by him after the Century Association. It was the successor of Scribner's Monthly Magazine. It was merged into The Forum in 1930.
Read more or edit on Wikipedia