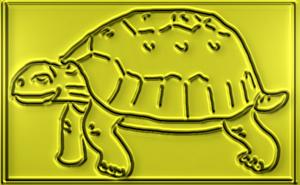 The Prêmio Jabuti (the "Tortoise Prize") is the most traditional literary award in Brazil, given by the Brazilian Book Chamber (CBL). It was conceived by Edgard Cavalheiro in 1959 when he presided over the CBL, with the interest of rewarding authors, editors, illustrators, graphics and booksellers who stood out each year.In 1959, there were only seven categories: Literature, Cover, Illustration, Editor of the Year, Chart of the Year, Bookseller of the Year and Literary Personality. Subsequently, the award incorporated other categories involving the creation and production of books, such as Adaptation, Graphic Design and Translation. In addition to the traditional categories such as Romance, Tales and Chronicles, Poetry, Children's, Youth, Reportage and Biography. The "Fiction Book of the Year" and "Non-Fiction Book of the Year" categories were created in 1991 and 1993, respectively. The Jabuti Award began to include two new divisions in 2017: Comics and Brazilian Book Published Abroad.In 2018, the Jabuti Award changed its format, with the then 29 categories being reduced to 18, distributed along four axes. In addition, it also changed the "Book of the Year" category (which until then awarded two books, one fiction and one nonfiction), starting to prize only one book, regardless of genre.The Yearbook will be awarded to a single work, whether Fiction or Non-Fiction. The author will receive a special Tortoise trophy and a gross value of R$ 100,000.00 (one hundred thousand reais). The publisher of the work will receive a unique figurine (2019).Since its first edition in 1959 many new categories have been added, and today it covers numerous literary and related categories:
Read more or edit on Wikipedia