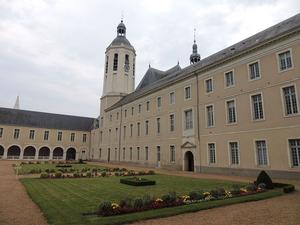 The Prytanée national militaire is a French military school managed by the French military, offering regular secondary education as well as special preparatory classes, equivalent in level to the first years of university, for students who wish to enter French military academies. The school is located in western France in the city of La Flèche. At first founded in 1604 by the king Henri IV the school was given to the Jesuits in the aim to "instruct the young people and make it fall in love with sciences, honour and virtue, in order to be able to serve". It then became the "Prytanée" wanted by Napoleon in 1800.
Read more or edit on Wikipedia