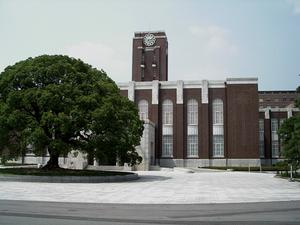 Kyoto University (京都大学, Kyōto daigaku), or KyotoU (京大, Kyōdai), is a public research university located in Kyoto, Japan. Founded in 1897, it is one of the former Imperial Universities and the second oldest university in Japan. KyotoU is consistently ranked amongst the top two in Japan, the top ten in Asia, and the world's top fifty institutions of higher education. Founded upon the principles of its motto, “freedom of academic culture”, KyotoU is currently composed of three campuses with ten Faculties, eighteen Graduate Schools, thirteen Research Institutes, and twenty-two Research and Educational Centers. The Kyoto University Library, boasting over 7 million volumes, is Japan's second-largest academic library. Furthermore, KyotoU was one of the first three Designated National Universities and is categorized by the Japanese government as a Top Type university in the Top Global University Project. As of March 2019, the university's total net assets were valued at 316 billion JPY. Advocating for international collaboration in education and research, KyotoU has partnerships with various academic institutions outside Japan. Kyoto University has generated 5 prime ministers of Japan and 1 president of Taiwan to date, and is famed for producing world-class researchers. As of October 2019, 19 Nobel Prize laureates, 2 Fields medalists, and 1 Gauss Prize winner have been affiliated with Kyoto University, giving it the most Nobel laureates of all universities in Asia. Apart from distinguished politicians and scholars, the university also counts in its alumni esteemed medical and legal professionals, writers, artists, and business leaders. KyotoU was ranked twelfth globally in Time's Higher Education's Alma Mater (Global Executives) Index in 2017, indicating the influence of its alumni on the business world. In addition, the university is the birthplace of the Kyoto School of philosophy, known for its discourse on religion and the meaning of "nothingness".
Read more or edit on Wikipedia