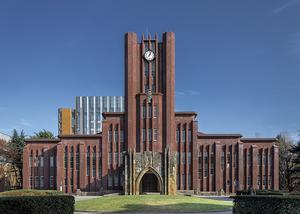 The University of Tokyo (東京大学, Tōkyō daigaku), abbreviated as Todai (東大, Tōdai) or UTokyo, is a public research university located in Bunkyō, Tokyo, Japan. Established in 1877, the university is the first Imperial University and currently selected as a Top Type university of Top Global University Project by the Japanese government.UTokyo has ten faculties, 15 graduate schools and enrolls about 30,000 students, about 4,200 of whom are international students. In particular, the number of privately funded international students, who account for more than 80%, has increased 1.75 times in the 10 years since 2010, and the university is focusing on supporting international students. Its five campuses are in Hongō, Komaba, Kashiwa, Shirokane and Nakano. It is considered to be the most selective and prestigious university in Japan. As of 2021, University of Tokyo's alumni, faculty members and researchers include seventeen Prime Ministers, 18 Nobel Prize laureates, four Pritzker Prize laureates, five astronauts, and a Fields Medalist.
Read more or edit on Wikipedia