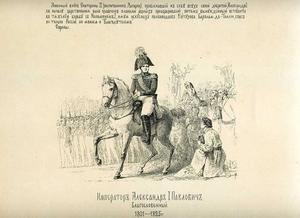 occurrences and people in Russia throughout history

The history of Russia begins with the histories of the East Slavs. The traditional start-date of specifically Russian history is the establishment of the Rus' state in the north in 862 ruled by Vikings. Staraya Ladoga and Novgorod became the first major cities of the new union of immigrants from Scandinavia with the Slavs and Finno-Ugrians. In 882 Prince Oleg of Novgorod seized Kiev, thereby uniting the northern and southern lands of the Eastern Slavs under one authority. The state adopted Christianity from the Byzantine Empire in 988, beginning the synthesis of Byzantine and Slavic cultures that defined Orthodox Slavic culture for the next millennium. Kievan Rus' ultimately disintegrated as a state due to the Mongol invasions in 1237–1240 along with the resulting deaths of significant number of population. After the 13th century, Moscow became a political and cultural center. Moscow has become a center for the unification of Russian lands. By the end of the 15th century, Moscow united the northeastern and northwestern Russian principalities, in 1480 finally overthrew the Mongol yoke. The territories of the Grand Duchy of Moscow became the Tsardom of Russia in 1547. In 1721 Tsar Peter the Great renamed his state as the Russian Empire, hoping to associate it with historical and cultural achievements of ancient Rus' – in contrast to his policies oriented towards Western Europe. The state now extended from the eastern borders of the Polish–Lithuanian Commonwealth to the Pacific Ocean. Russia was a great power and dominated Europe after the victory over Napoleon. Peasant revolts were common, and all were fiercely suppressed. The Emperor Alexander II abolished Russian serfdom in 1861, but the peasants fared poorly and revolutionary pressures grew. In the following decades, reform efforts such as the Stolypin reforms of 1906–1914, the constitution of 1906, and the State Duma (1906–1917) attempted to open and liberalize the economy and political system, but the Emperor refused to relinquish autocratic rule and resisted sharing his power. A combination of economic breakdown, war-weariness, and discontent with the autocratic system of government triggered revolution in Russia in 1917. The overthrow of the monarchy initially brought into office a coalition of liberals and moderate socialists, but their failed policies led to seizure of power by the communist Bolsheviks on 25 October 1917 (7 November New Style). In 1922, Soviet Russia, along with Soviet Ukraine, Soviet Belarus, and the Transcaucasian SFSR signed the Treaty on the Creation of the USSR, officially merging all four republics to form the Soviet Union as a country. Between 1922 and 1991 the history of Russia became essentially the history of the Soviet Union, effectively an ideologically-based state roughly conterminous with the Russian Empire before the 1918 Treaty of Brest-Litovsk. From its first years, government in the Soviet Union based itself on the one-party rule of the Communists, as the Bolsheviks called themselves, beginning in March 1918. The approach to the building of socialism, however, varied over different periods in Soviet history: from the mixed economy and diverse society and culture of the 1920s through the command economy and repressions of the Joseph Stalin era to the "era of stagnation" from the 1960s to the 1980s. During this period, the Soviet Union won the World War II, becoming a superpower opposing Western countries in the Cold War. The USSR was successful in the space program, launching the first man into space. By the mid-1980s, with the weaknesses of Soviet economic and political structures becoming acute, Mikhail Gorbachev embarked on major reforms, which eventually led to overthrow of the communist party and breakup of the USSR, leaving Russia again on its own and marking the start of the history of post-Soviet Russia. The Russian Soviet Federative Socialist Republic renamed itself as the Russian Federation and became one of the several successors to the Soviet Union. The Russian Federation was the only post-soviet republic to assume the USSR's permanent membership in the UN Security Council. Later on, Russia inherited the Soviet Union's entire nuclear arsenal in 1994 after signing the Budapest Memorandum. Russia retained its nuclear arsenal but lost its superpower status. Scrapping the socialist central planning and state-ownership of property of the socialist era, new leaders, led by President Vladimir Putin (who first became President in 2000), took political and economic power after 2000 and engaged in an assertive foreign policy. Coupled with economic growth, Russia has since regained significant global status as a world power. Russia's 2014 annexation of the Crimean peninsula has led to economic sanctions imposed by the United States and the European Union. Under Putin's leadership, corruption in Russia is rated the worst in Europe, and Russia's human rights situation has been increasingly criticized by international observers.
Read more or edit on Wikipedia 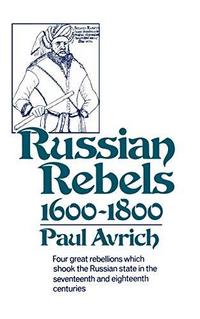 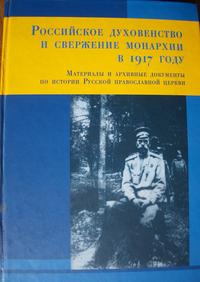 Collection of documents on the history of the Russian Orthodox Church. Compiled by Mikhail Babkin. 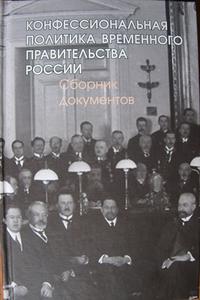 Bread and Authority in Russia

The Economic Organization of War Communism