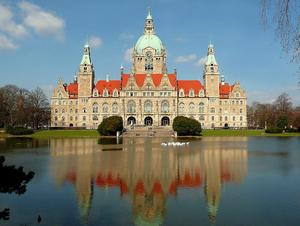 capital city of the German federated state of Lower Saxony

Hanover (; German: Hannover [haˈnoːfɐ] (listen); Low German: Hannober) is the capital and largest city of the German state of Lower Saxony. Its 535,061 (2017) inhabitants make it the 13th-largest city in Germany as well as the third-largest city in Northern Germany after Hamburg and Bremen. Hanover's urban area comprises the towns of Garbsen, Langenhagen and Laatzen and has a population of about 791,000 (2018). The Hanover Region has approximately 1.16 million inhabitants (2019).The city lies at the confluence of the River Leine (progression: Aller→ Weser→ North Sea) and its tributary Ihme, in the south of the North German Plain, and is the largest city in the Hannover–Braunschweig–Göttingen–Wolfsburg Metropolitan Region. It is the fifth-largest city in the Low German dialect area after Hamburg, Dortmund, Essen and Bremen. Before it became the capital of Lower Saxony in 1946, Hanover was the capital of the Principality of Calenberg (1636–1692), the Electorate of Hanover (1692–1814), the Kingdom of Hanover (1814–1866), the Province of Hanover of the Kingdom of Prussia (1868–1918), the Province of Hanover of the Free State of Prussia (1918–1946) and of the State of Hanover (1946). From 1714 to 1837 Hanover was by personal union the family seat of the Hanoverian Kings of the United Kingdom of Great Britain and Ireland, under their title of the dukes of Brunswick-Lüneburg (later described as the Elector of Hanover). The city is a major crossing point of railway lines and motorways (Autobahnen), connecting European main lines in both the east-west (Berlin–Ruhr area/Düsseldorf/Cologne) and north-south (Hamburg–Frankfurt/Stuttgart/Munich) directions. Hannover Airport lies north of the city, in Langenhagen, and is Germany's ninth-busiest airport. The city's most notable institutes of higher education are the Hannover Medical School (Medizinische Hochschule Hannover), one of Germany's leading medical schools, with its university hospital Klinikum der Medizinischen Hochschule Hannover, and the Leibniz University Hannover. The Hanover fairground, owing to numerous extensions, especially for the Expo 2000, is the largest in the world. Hanover hosts annual commercial trade fairs such as the Hanover Fair and up to 2018 the CeBIT. The IAA Commercial Vehicles show takes place every two years. It is the world's leading trade show for transport, logistics and mobility. Every year Hanover hosts the Schützenfest Hannover, the world's largest marksmen's festival, and the Oktoberfest Hannover. 'Hanover' is the traditional English spelling. The German spelling (with a double n) is becoming more popular in English; recent editions of encyclopedias prefer the German spelling, and the local government uses the German spelling on English websites. The English pronunciation, with stress on the first syllable, is applied to both the German and English spellings, which is different from German pronunciation, with stress on the second syllable and a long second vowel. The traditional English spelling is still used in historical contexts, especially when referring to the British House of Hanover.
Read more or edit on Wikipedia 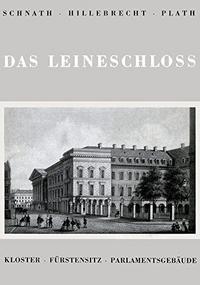 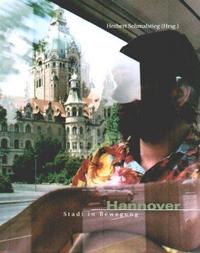 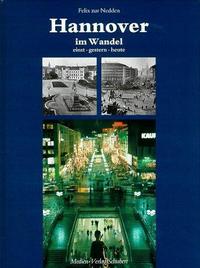