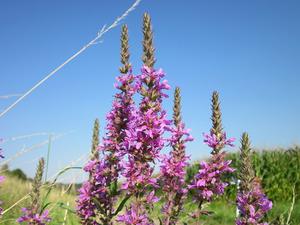 Medicinal plants, also called medicinal herbs, have been discovered and used in traditional medicine practices since prehistoric times. Plants synthesise hundreds of chemical compounds for functions including defence against insects, fungi, diseases, and herbivorous mammals. Numerous phytochemicals with potential or established biological activity have been identified. However, since a single plant contains widely diverse phytochemicals, the effects of using a whole plant as medicine are uncertain. Further, the phytochemical content and pharmacological actions, if any, of many plants having medicinal potential remain unassessed by rigorous scientific research to define efficacy and safety.The earliest historical records of herbs are found from the Sumerian civilisation, where hundreds of medicinal plants including opium are listed on clay tablets, c. 3000 BC. The Ebers Papyrus from ancient Egypt, c. 1550 BC, describes over 850 plant medicines. The Greek physician Dioscorides, who worked in the Roman army, documented over 1000 recipes for medicines using over 600 medicinal plants in De materia medica, c. 60 AD; this formed the basis of pharmacopoeias for some 1500 years. Drug research sometimes makes use of ethnobotany to search for pharmacologically active substances, and this approach has yielded hundreds of useful compounds. These include the common drugs aspirin, digoxin, quinine, and opium. The compounds found in plants are of many kinds, but most are in four major biochemical classes: alkaloids, glycosides, polyphenols, and terpenes. Medicinal plants are widely used in non-industrialized societies, mainly because they are readily available and cheaper than modern medicines. The annual global export value of the thousands of types of plants with medicinal properties was estimated to be US$2.2 billion in 2012. In 2017, the potential global market for botanical extracts and medicines was estimated at several hundred billion dollars. In many countries, there is little regulation of traditional medicine, but the World Health Organization coordinates a network to encourage safe and rational usage. Medicinal plants face both general threats, such as climate change and habitat destruction, and the specific threat of over-collection to meet market demand.
Read more or edit on Wikipedia