Religious studies, also known as the study of religion, is an academic field devoted to research into religious beliefs, behaviors, and institutions. It describes, compares, interprets, and explains religion, emphasizing systematic, historically based, and cross-cultural perspectives. While theology attempts to understand the transcendent or supernatural forces (such as deities), religious studies tries to study religious behavior and belief from outside any particular religious viewpoint. Religious studies draws upon multiple disciplines and their methodologies including anthropology, sociology, psychology, philosophy, and history of religion. Religious studies originated in the 19th century, when scholarly and historical analysis of the Bible had flourished, and Hindu and Buddhist texts were first being translated into European languages. Early influential scholars included Friedrich Max Müller in England and Cornelius P. Tiele in the Netherlands. Today religious studies is practiced by scholars worldwide. In its early years, it was known as "comparative religion" or the science of religion and, in the US, there are those who today also know the field as the History of religion (associated with methodological traditions traced to the University of Chicago in general, and in particular Mircea Eliade, from the late 1950s through to the late 1980s). The religious studies scholar Walter Capps described the purpose of the discipline as to provide "training and practice... in directing and conducting inquiry regarding the subject of religion". At the same time, Capps stated that its other purpose was to use "prescribed modes and techniques of inquiry to make the subject of religion intelligible." Religious studies scholar Robert A. Segal characterised the discipline as "a subject matter" that is "open to many approaches", and thus it "does not require either a distinctive method or a distinctive explanation to be worthy of disciplinary status."Different scholars operating in the field have different interests and intentions; some for instance seek to defend religion, while others seek to explain it away, and others wish to use religion as an example with which to prove a theory of their own. Some scholars of religious studies are interested in primarily studying the religion to which they belong.Scholars of religion have argued that a study of the subject is useful for individuals because it will provide them with knowledge that is pertinent in inter-personal and professional contexts within an increasingly globalised world. It has also been argued that studying religion is useful in appreciating and understanding sectarian tensions and religious violence.
Read more or edit on Wikipedia 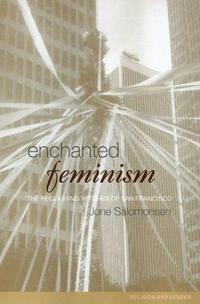 anthropological study of the Reclaiming Wiccan community of San Francisco 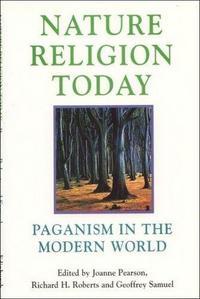 The Heathen's Guide to World Religions