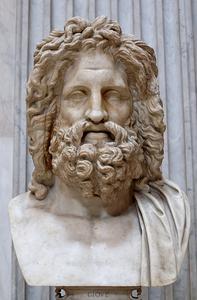 A major branch of classical mythology, Greek mythology is the body of myths originally told by the ancient Greeks, and a genre of Ancient Greek folklore. These stories concern the origin and nature of the world, the lives and activities of deities, heroes, and mythological creatures, and the origins and significance of the ancient Greeks' own cult and ritual practices. Modern scholars study the myths to shed light on the religious and political institutions of ancient Greece, and to better understand the nature of myth-making itself.The Greek myths were initially propagated in an oral-poetic tradition most likely by Minoan and Mycenaean singers starting in the 18th century BC; eventually the myths of the heroes of the Trojan War and its aftermath became part of the oral tradition of Homer's epic poems, the Iliad and the Odyssey. Two poems by Homer's near contemporary Hesiod, the Theogony and the Works and Days, contain accounts of the genesis of the world, the succession of divine rulers, the succession of human ages, the origin of human woes, and the origin of sacrificial practices. Myths are also preserved in the Homeric Hymns, in fragments of epic poems of the Epic Cycle, in lyric poems, in the works of the tragedians and comedians of the fifth century BC, in writings of scholars and poets of the Hellenistic Age, and in texts from the time of the Roman Empire by writers such as Plutarch and Pausanias. Aside from this narrative deposit in ancient Greek literature, pictorial representations of gods, heroes, and mythic episodes featured prominently in ancient vase paintings and the decoration of votive gifts and many other artifacts. Geometric designs on pottery of the eighth century BC depict scenes from the Trojan cycle as well as the adventures of Heracles. In the succeeding Archaic, Classical, and Hellenistic periods, Homeric and various other mythological scenes appear, supplementing the existing literary evidence.Greek mythology has had an extensive influence on the culture, arts, and literature of Western civilization and remains part of Western heritage and language. Poets and artists from ancient times to the present have derived inspiration from Greek mythology and have discovered contemporary significance and relevance in the themes.: 43
Read more or edit on Wikipedia