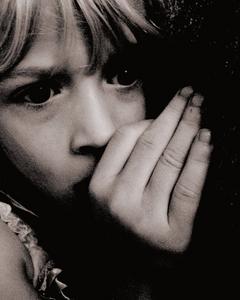 Fear is an intensely unpleasant emotion in response to perceiving or recognizing a danger or threat. Fear causes physiological changes that may produce behavioral reactions such as mounting an aggressive response or fleeing the threat. Fear in human beings may occur in response to a certain stimulus occurring in the present, or in anticipation or expectation of a future threat perceived as a risk to oneself. The fear response arises from the perception of danger leading to confrontation with or escape from/avoiding the threat (also known as the fight-or-flight response), which in extreme cases of fear (horror and terror) can be a freeze response or paralysis. In humans and other animals, fear is modulated by the process of cognition and learning. Thus, fear is judged as rational or appropriate and irrational or inappropriate. An irrational fear is called a phobia. Fear is closely related to the emotion anxiety, which occurs as the result of threats that are perceived to be uncontrollable or unavoidable. The fear response serves survival by engendering appropriate behavioral responses, so it has been preserved throughout evolution. Sociological and organizational research also suggests that individuals' fears are not solely dependent on their nature but are also shaped by their social relations and culture, which guide their understanding of when and how much fear to feel.Fear is sometimes considered the opposite of courage; however, this is incorrect. Because courage is a willingness to face adversity, fear is an example of a condition that makes the exercise of courage possible.
Read more or edit on Wikipedia