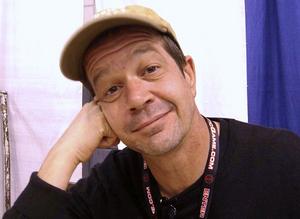 Darwyn Cooke (November 16, 1962 – May 14, 2016) was a Canadian comics artist, writer, cartoonist, and animator who worked on the comic books Catwoman, DC: The New Frontier, The Spirit and Richard Stark's Parker: The Hunter. His work has been honoured with numerous Eisner, Harvey, and Joe Shuster Awards.
Read more or edit on Wikipedia