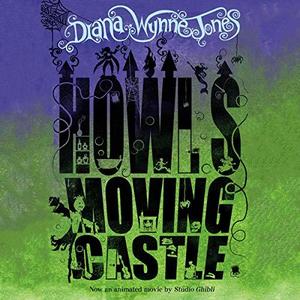 Howl's Moving Castle is a fantasy novel by British author Diana Wynne Jones, first published in 1986 by Greenwillow Books of New York. It was a runner-up for the annual Boston Globe–Horn Book Award and it won the Phoenix Award twenty years later, recognising its rise from relative obscurity. It was adapted into a 2004 animated film of the same name, which was critically acclaimed and nominated for the Academy Award for Best Animated Feature. Howl's Moving Castle is the first novel in the series of books called the Howl Series. This series also includes Castle in the Air, published in 1990, and House of Many Ways, published in 2008. WorldCat reports that Howl's Moving Castle is the author's work most widely held in participating libraries, followed by its first sequel Castle in the Air.For the idea Jones "very much" thanked "a boy in a school I was visiting", whose name she had noted but lost and forgotten. He had "asked me to write a book titled The Moving Castle".
Read more or edit on Wikipedia