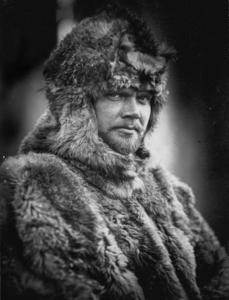 George Edward Marston (19 March 1882 – 22 November 1940) was an English artist who twice accompanied Sir Ernest Shackleton on expeditions to Antarctic, first from 1907–09 on the Nimrod expedition, and then later from 1914–17 on the Imperial Trans-Antarctic Expedition, which ended with the crew being marooned on Elephant Island.
Read more or edit on Wikipedia

book printed on Antarctica during the Nimrod Expedition