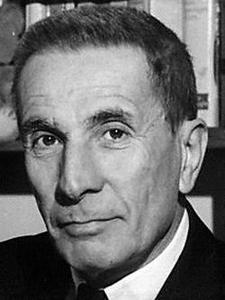 Dino Buzzati-Traverso (Italian pronunciation: [ˈdiːno butˈtsaːti]; 14 October 1906 – 28 January 1972) was an Italian novelist, short story writer, painter and poet, as well as a journalist for Corriere della Sera. His worldwide fame is mostly due to his novel The Tartar Steppe, although he is also known for his well-received collections of short stories.
Read more or edit on Wikipedia