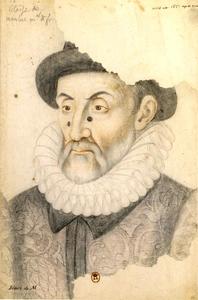 Blaise de Lasseran-Massencôme, seigneur de Montluc (or Blaise de Montluc) (c. 1502 – 26 July 1577) was a marshal of France. He fought in first the Italian Wars and then the French Wars of Religion for the French crown. Gaining a reputation for himself as a harsh but effective commander he won the critical Battle of Vergt in the first war of religion. He would fall out of royal favour in the late 1560's, before being restored into it in the final years before his death, culminating in his appointment as Marshal of France in 1574. His memoirs on his career in fighting wars domestic and foreign would become famous, creating for him a long legacy in military circles.
Read more or edit on Wikipedia