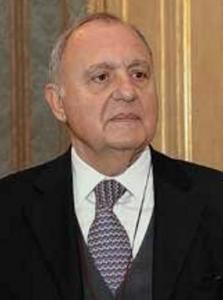 Paolo Savona (born 6 October 1936, Cagliari, Sardinia) is an Italian economist, professor and politician. He was Italian Minister of European Affairs from 1 June 2018 until 8 March 2019, his second stint in government after 1993–1994.
Read more or edit on Wikipedia