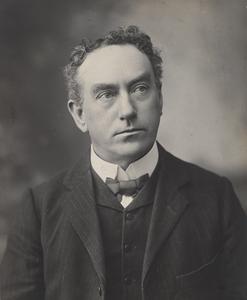 Edmund Duggan (1862 – 2 August 1938) was an Irish-born actor and playwright who worked in Australia. He is best known for writing a number of plays with Bert Bailey including The Squatter's Daughter (1907) and On Our Selection (1912). His solo career was less successful than Bailey's. His sister Eugenie was known as "The Queen of Melodrama" and married noted theatre producer William Anderson, for whom Duggan frequently worked as an actor, writer and stage manager. Between 1892 and 1895 Duggan and South's "Her Majesty's Dramatic Company", toured New South Wales with (inter alia) La Tosca, All for Gold, Greta. His Natural Life and Robbery Under Arms. consistently receiving good notices. Duggan's wife died two years before he did and he was survived by two daughters.
Read more or edit on Wikipedia