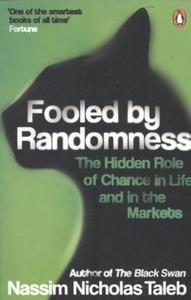 Fooled by Randomness: The Hidden Role of Chance in Life and in the Markets is a book by Nassim Nicholas Taleb that deals with the fallibility of human knowledge. It was first published in 2001. Updated editions were released a few years later. The book is the first part of Taleb's multi-volume philosophical essay on uncertainty, titled the Incerto, which also includes The Black Swan (2007–2010), The Bed of Procrustes (2010–2016), Antifragile (2012), and Skin in the Game (2018).
Read more or edit on Wikipedia

By Land, by Sea

By Sea and by River

author: Richie Unterberger, The Who

The Jungles of Randomness: A Mathematical Safari

Information and Randomness : An Algorithmic Perspective