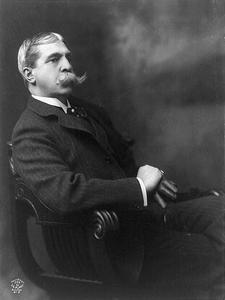 Francis Hopkinson Smith (October 23, 1838 – April 7, 1915) was an American author, artist and engineer. He built the foundation for the Statue of Liberty, wrote many stories and received awards for his paintings.
Read more or edit on Wikipedia