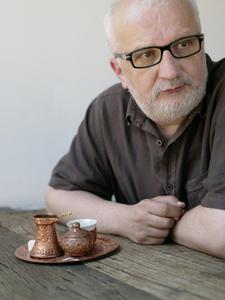 Haris Pašović (born 16 July 1961) is a Bosnian theatre director. Over the course of his career, he has also worked as a playwright, producer, choreographer, performer, and designer. He is best known for his productions of Wedekind's “Spring Awakening”. He is the artistic leader of the East West Theatre Company in Sarajevo and tenured Professor of Directing at the Academy of Performing Arts in Sarajevo.
Read more or edit on Wikipedia