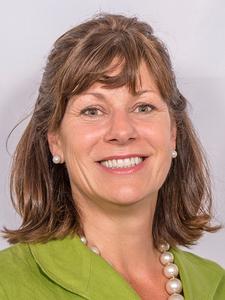 Claire Louise Perry O'Neill (born 3 April 1964) is a Conservative politician in the United Kingdom who represented the Devizes constituency from 2010 to 2019. She was appointed as Minister of State at the Department for Business, Energy and Industrial Strategy in the Second May ministry, after the June 2017 reshuffle. After the cabinet reshuffle of January 2018 she attended the Cabinet of the United Kingdom as part of her ministerial role.Perry also served as Parliamentary Private Secretary to Philip Hammond when he was the Secretary of State for Defence, and as Government Assistant Whip. Subsequently, she served as Rail minister from July 2014 to July 2016.
Read more or edit on Wikipedia