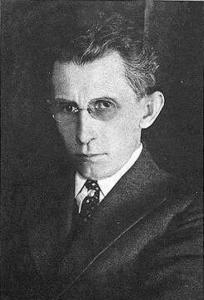 James Searle Dawley (October 4, 1877 – March 30, 1949) was an American film director, producer, screenwriter, stage actor, and playwright. Between 1907 and the mid-1920s, while working for Edison, Rex Motion Picture Company, Famous Players, Fox, and other studios, he directed more than 300 short films and 56 features, which include many of the early releases of stars such as Douglas Fairbanks, Mary Pickford, Pearl White, Marguerite Clark, Harold Lloyd, and John Barrymore. He also wrote scenarios for many of his productions, including one for his 1910 horror film Frankenstein, the earliest known screen adaptation of Mary Shelley's 1818 novel. While film direction and screenwriting comprised the bulk of Dawley's career, he also had earlier working experience in theater, performing on stage for more than a decade and managing every aspect of stagecraft. Dawley wrote at least 18 plays as well for repertory companies and for several Broadway productions.
Read more or edit on Wikipedia

The Dancer and the King